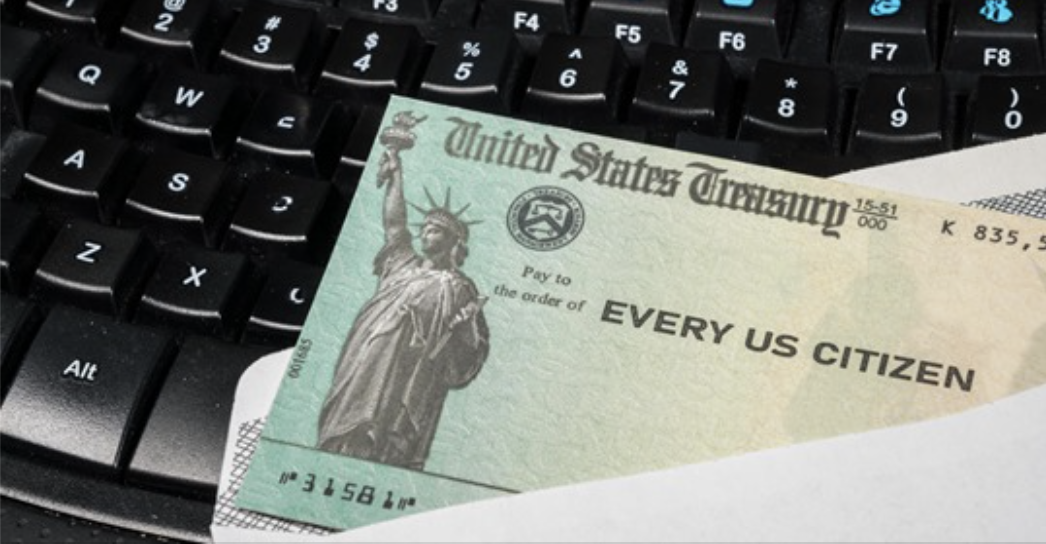 Stimulus checks are coming — here's who will get one

A second round of stimulus checks will soon be landing in the bank accounts of millions of Americans, thanks to the $900 billion economic relief package that Congressional leaders agreed to on December 20. But there are some significant differences this round, including the amount: $600 per person, half of the $1,200 directed toward most adults in the first round of stimulus checks.

Just days ago, it was unclear whether the stimulus package would even include another round of direct checks. But last-minute negotiations cleared the path for a second stimulus check, which consumer advocates have argued is much-needed as millions of Americans continue to struggle with lost wages and jobs amid the worsening coronavirus pandemic.

Even so, the $600 checks may not be enough to tide over families who have suffered income or job losses since the pandemic shuttered the economy in March and caused unemployment to spike. Almost 6 in 10 consumers say they have suffered a financial hit due to the pandemic as of the end of November, according to a recent study from TransUnion, which also found that 40% of those households had been banking on the prospect of another stimulus check to help them pay their bills.

"While the deal is months late and will likely fall short of what is needed to prevent a rough winter, it's better than nothing," wrote Gregory Daco, chief U.S. economist at Oxford Economics, in a December 21 research note. "It will help buffer the current economic slowdown and provide increased dynamism to the economy during the initial vaccine rollout phase."

The stimulus checks could start reaching people's bank accounts as early as next week, Treasury Secretary Steven Mnuchin said on CNBC on December 21.

However, one group of people will receive more money in the second round of stimulus checks than the first: dependent children, who will receive the same $600 checks as adults, up from the $500 checks that children received through the Coronavirus Aid, Relief and Economic Security Act (or CARES Act) in the spring.

The $900 billion package "will provide support for the economy through March," Raymond James analysts said in a December 20 research note. "The bill is expected to see passage early this week, pending any final legislative hurdles."

"This is an emergency, we need a second bill to continue dealing with the emergency and to start stimulating our economy so we get back to where we were and that will be job number one in the new Biden administration," he said December 20.

Here is what is known so far, based on legislative text for the bill released by the House on December 21.

The second round of checks will have the same type of income phaseouts as in the CARES Act, with the stimulus check payments reduced for earnings above $75,000 per single person or $150,000 per married couple.

The amount of payment individuals receive will be reduced by $5 for every $100 of income earned above those thresholds, according to the House Appropriations committee. That's similar to the CARES Act, but fewer higher-earning taxpayers will qualify for the checks under this formula when compared with the earlier bill.

To check on how much you might receive, you can go to Omni Calculator's second stimulus calculator for an estimate.

$600 for each dependent child

Aside from the smaller stimulus checks for adults, the other major change is the amount provided for dependent children: $600 for each child, up from $500 in the CARES Act.

However, the bill states says the $600 will be directed toward each dependent child under 17 years old, which means that adults who are nevertheless claimed as dependents — such as college students and older high school students — won't qualify for the checks.

A family of two parents with two child dependents could receive up to $2,400 under the provision, lawmakers said.

Couples who include an immigrant without a Green Card would also qualify for the checks, a provision that is retroactive to the CARES Act, the summary said.

Denying checks to U.S. citizens due to their spousal or parental relationship to an immigrant prompted lawsuits earlier this year over what plaintiffs claimed was an unconstitutional action.

But the latest stimulus package "successfully pushed for a provision, which is retroactive to the CARES Act, to expand these direct payments to mixed-status households, importantly providing immigrant families across the country with access to this financial relief," according to the summary.

How soon could you get a stimulus check?

"The good news is this is a very, very fast way of getting money into the economy. Let me emphasize: People are going to see this money at the beginning of next week," Mnuchin said.

That would mark a much faster rollout than the first round of checks, which began landing in bank accounts in mid-April, or a few weeks after the CARES Act was signed into law. Many people didn't receive their checks until May, June and even later in the year.

How about Social Security recipients?

One glitch in the first stimulus payments was a slower rollout for Social Security recipients, as well as Supplemental Security Income recipients, Railroad Retirement Board beneficiaries and Veterans Administration beneficiaries. Because some of those recipients don't file tax returns — which the IRS relied on for distributing the stimulus payments — millions of them waited weeks or months to get their checks.

But the new bill will ensure that those recipients will receive the $600 checks automatically, according to Senator Maggie Hassan of New Hampshire, who worked on a bipartisan stimulus bill that became the framework for the latest negotiations.

"I am particularly glad that the final text of the relief package includes my bipartisan bill to ensure that recipients of Social Security, Supplemental Security Income, and certain VA benefits will receive these payments automatically," Hassan said in an email to CBS MoneyWatch.

That means that millions of Social Security, SSI, VA and Railroad Retirement benefits won't risk missing out on receiving the payments, she added.

$300 a week in extra unemployment aid

Aside from the $600 stimulus checks, the stimulus bill also includes an extra $300 a week in unemployment aid. That means that jobless workers will receive their regular state unemployment payments, plus $300 on top of that through March 14, 2021.

The Pandemic Unemployment Assistance (PUA) program, which covers gig workers and self-employed workers, will also be extended, as will the  Pandemic Emergency Unemployment Compensation (PEUC) program, which provides additional weeks of jobless aid to those who have run out of their regular state unemployment benefits.

The Paycheck Protection Program will be extended with another $284 billion of forgivable loans. Some of the funding will be set aside for very small businesses through lenders such as Minority Depository Institutions, following criticisms that the first round of PPP loans overlooked many minority- and woman-owned businesses.

The PPP program will also expand eligibility for nonprofits and local newspapers, TV and radio broadcasters, the summary noted.

Another $20 billion in Economic Injury Disaster Loans will be set aside for businesses in low-income communities, while $15 billion will be directed toward live venues, independent movie theaters and cultural institutions, which have been forced to cut back or shutter operations due to the pandemic.