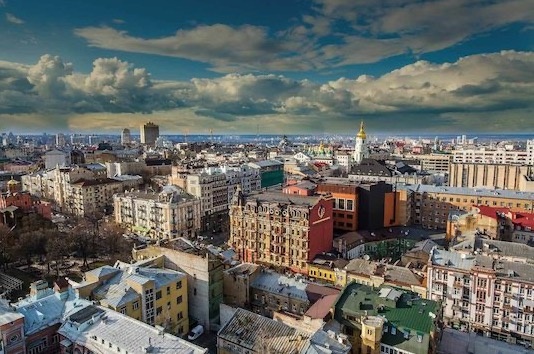 How Russia’s Invasion of Ukraine Could Impact Markets, and How Investors Should Respond

Russia’s invasion of Ukraine on February 24 has pushed the S&P 500 into a deeper decline. Stocks had already fallen more than 10% in anticipation of the attack and concerns over inflation and higher interest rates. When the invasion proved to be on the aggressive end of expectations, markets initially fell even further.

The U.S and other countries had already imposed some economic sanctions on Russia, and we expect those to increase in coming days.

The Russian attack on Ukraine is an undeniable human tragedy. Ukrainian and Russian lives will be lost. Our hearts are heavy as we think about tragic human consequences from the Russian government’s territorial ambitions.

The human consequences are much more serious than the impact on portfolios.

Ukraine’s very small stock market isn’t included in any major indexes. Ukraine’s economy is the 40th largest in the world, just below Sweden and just above Kazakhstan. Its major trading partners include Poland and Germany. Russia and Belarus are also large trading partners, and it was from those two countries that the attack was launched.

Russia’s economy is far larger, yet accounts for only 1.8% of global GDP. Russia represents less than 0.4% of global stocks markets, so its impact isn’t terribly significant either.

The decline in global markets comes primarily from concerns about three key risks related to the invasion:

Europe is the region that will be most impacted by the sanctions. European markets are down more than the U.S. in response to the invasion, a metric we also saw play out when Russia engaged with Ukraine in 2014 – European markets fell more than three times as much as the U.S.

Europe’s biggest concern is making sure the region has adequate oil and natural gas supplies to meet demand. Otherwise, surging fuel prices and shortages would slow the European recovery. Other industries will be affected by concerns over joint ventures or lower trade, but energy is the top issue and the one we will be watching most closely. We expect the effect on the U.S. economy to be minimal, outside of the potential for higher energy prices.

We are monitoring the escalated risks brought on by the conflict. The most impactful concern is the possibility that the conflict expands beyond Ukraine and involves a NATO member. The likelihood of escalation is very low in our estimate, but it isn’t zero. Neither Russia nor NATO wants to engage in a major armed conflict in Eastern Europe. A leading indicator of increasing risk would be cyber attacks by Russia against countries imposing sanctions or the potential for the U.S. and others to use cyber attacks against Russia. Cyber attacks are a long way from an invasion, but if they occur, it would raise the risks of escalation.

The long-term consequences of the attack indicate we are likely entering into a riskier period with multiple regional powers vying for a stronger position on the global stage. Russia is clearly making a bid for a larger role, and China has been moving in that direction for many years. The risk of China getting more aggressive against Taiwan is one example of how a riskier global environment might affect portfolios. Yet U.S. stocks did fine during the Cold War. Using monthly data from the end of World War II to the fall of the Berlin Wall, the S&P 500 rose an average 11.8% per year.

The question for investors is how to react to the invasion. Adjusting your portfolio in response to world events proves to be very difficult. To do it effectively, the investor would have to correctly gauge what would happen, how people would react, how that reaction will change over time and what will happen in the future. That isn’t easy.

For instance, how many people expected the market to perform so well during the worst pandemic in our lifetimes? During the first Gulf War, the S&P 500 fell 18.8% in about three months and then rallied over 29% in the next year.

Experience has shown that investors often end up losing more money in the long run by engaging in such behavior.

Keep in mind, corrections – defined as a 10% decline – are normal. There has been one in 22 of the last 42 years. In only eight of the 22 corrections did the S&P 500 drop more than 20%. And in 13 of the 22 years with a correction, the market finished higher for the full calendar year. That means markets often bounce back from corrections quite quickly.

A more productive approach is to remember the long-term rewards for investing come from bearing risks like this one.

If you are concerned, reach out to your advisor. We recently compared investing to a long workout on an exercise machine. If you are finding the difficulty of the workout is more than you can handle, it doesn’t mean step off the machine. Instead, talk with your advisor about whether it is prudent to dial back the difficulty – in this case, risk – to make the workout a little easier to handle.

This newsletter was written and produced by CWM, LLC. Content in this material is for general information only and not intended to provide specific advice or recommendations for any individual. All performance referenced is historical and is no guarantee of future results. All indices are unmanaged and may not be invested into directly. The views stated in this letter are not necessarily the opinion of any other named entity and should not be construed directly or indirectly as an offer to buy or sell any securities mentioned herein. Due to volatility within the markets mentioned, opinions are subject to change without notice. Information is based on sources believed to be reliable; however, their accuracy or completeness cannot be guaranteed. Past performance does not guarantee future results.

S&P 500 INDEX
The Standard & Poor’s 500 Index is a capitalization-weighted index of 500 stocks designed to measure performance of the broad domestic economy through changes in the aggregate market value of 500 stocks representing all major industries.

This article was originally posted 2/24/2022 at https://www.carsonwealth.com/insights/market-commentary/market-commentary-how-russias-invasion-of-ukraine-could-impact-markets-and-how-investors-should-respond